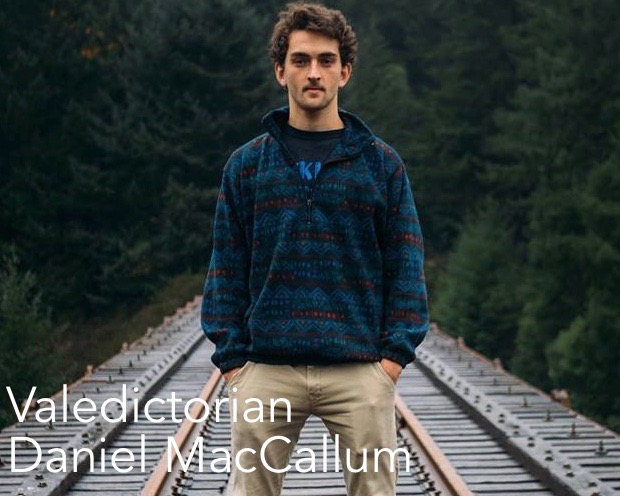 How do you best embrace the 8 months of the Kaléo Program? Adventure, Ministry, Community, Leadership, and Academics this is what you are participating in. How do I give you anything except encouragement to do well in such a high intensity program? First you should know that you all are doing great! I’ve been reading your blogs, heard some stories, and heard it from your profs out here in Sask. Trust me I’m one of your biggest fans. Kaléo is the purest form of day punching, so keep it up.

I think that one of the best things you can do throughout the program is understand that the schedule is intense! You may not have as much time as you like to do your work, but do not get stressed out. I worked with a carpenter before I did the program and he said he runs on a “stress free program.” This was something that I took with me to Qwanoes, but as hard and annoying as it was at some points, I kept saying it. Do your work, but do not let the distractions stress you out. Some of the best memories I have are from when we had a paper due and everyone was experiencing the same struggle as you in the writing process. Moments like that are when High School Musical comes to life for you realize “We’re all in this together.” Embrace the struggle of how busy you are, with the people around you. Embrace those moments and don’t get stressed. You could even use the motto found in the 1994 Disney animated film, The Lion King, and just say “Hakuna Matata.”

Give God the time of day. Remember to allow God to work in your life. You are an individual, so do not compare the way that God is working in your life with how He is working in someone else’s life. Seek personal growth. I think that one of the best ways you can seek personal growth is going hard in all five components of the program. I believe that if you put effort into the community component first, then you will begin to see the people around you in a different way – a way that goes beyond friendship and enters into seeing others as fellow members of the family of God.

Stay away from negativity; nothing will drag you away from growth as an individual and a community faster than being negative about your circumstances. Embrace the life of others as difficult as it is and (in the least cliché way possible) love them. John 15:12 & 13 says,
“Love each other in the same way I have loved you. There is no greater love than to lay down one’s life for one’s friends.”

Jesus laid his life down on the cross for us, his friends! This makes me think of the hymn that says, “An old rugged cross, the emblem of suffering and shame.” This is where Jesus showed his great love, on the cross which was the emblem of shame by giving his life. The song later sings, “So I’ll cherish the old rugged cross.” Cherish the love of Jesus that was seen on that cross. Love is seen on the cross, love is a rugged commitment. So if you hear any of this, hear that you should be RUGGEDLY COMMITTED to each other because there will be no greater thing that builds community than being ruggedly for one another.
You all rock! Honestly if you want to chat I would love to get to know you, and hear about your year. Just ask Shane for my number, I’m never too busy!
Posted by Unknown at 11:35 AM No comments: 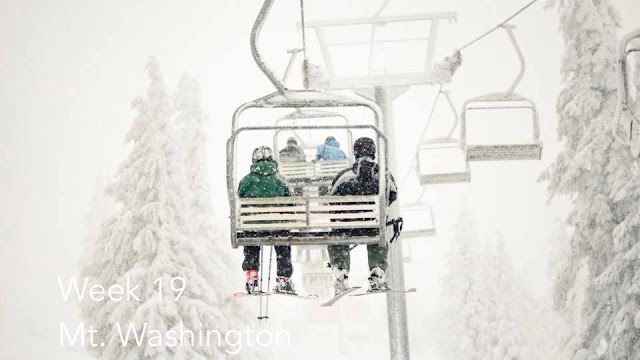 This Past Week we were with the Students at Mt. Washington enjoying some time hitting the slopes. We spent the week at lodge right by the bottom of the lodge, close enough to ski into. We were blessed with some great skiing conditions during  our time at Mt. Washington. During our time there we received over three feet of snow and Had the privilege of skiing some amazing powder. 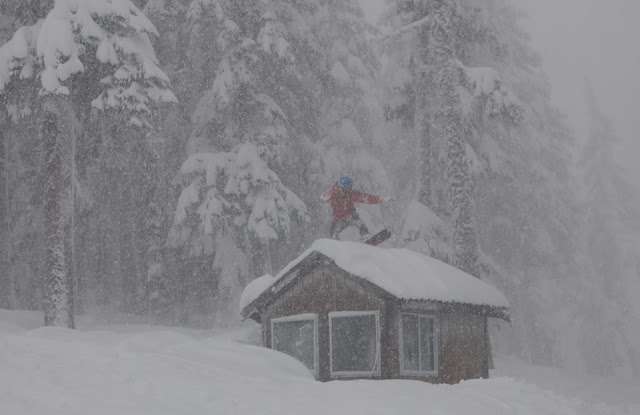 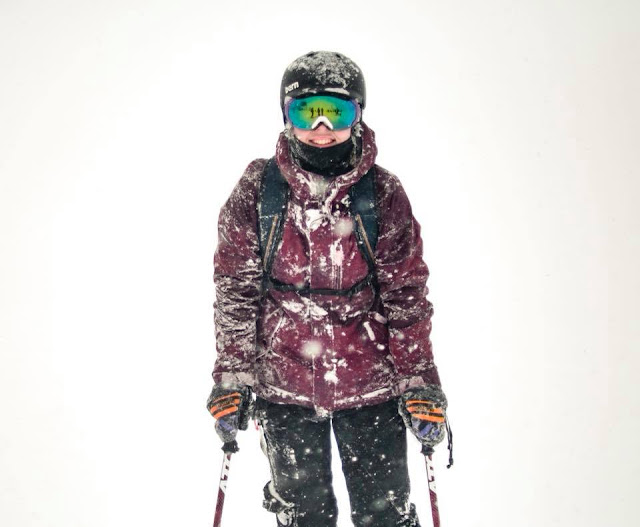 Even with such a great trip one of the most amazing things was the community that happened over this week. In the evenings during our chapel time we had space for each of the students to be encouraged by a couple of their peers. It was amazing to see how this 'activity' turned into just a habit of our community and all throughout the lodge in the evenings one could see all kinds of these little conversations happening of the students building one another up and telling them what they brought to our community. 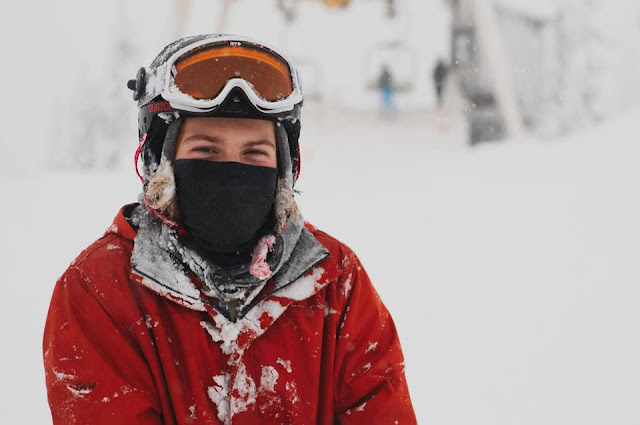 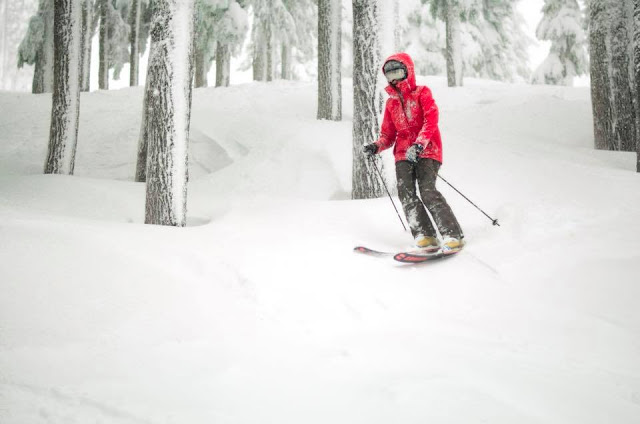 Up Next and How You Can Be Praying 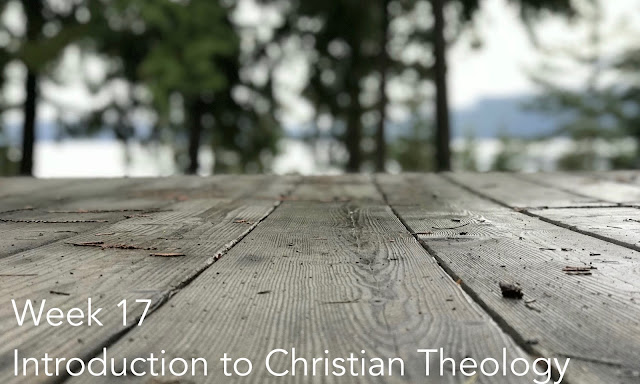 The students are back after a well deserved Christmas break and they have already dived into their next class. This past week the students were taking Introduction to Christian Theology taught by Meril Dyck, MA. 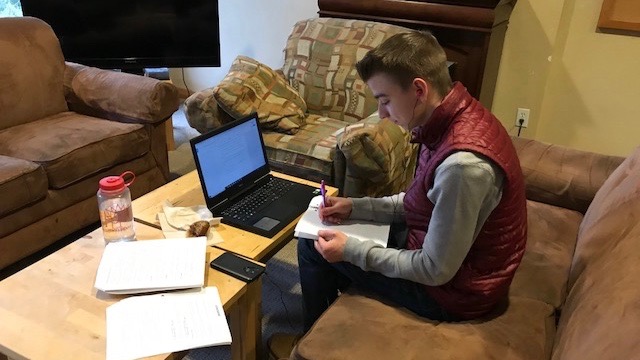 "It was cool to enter into some well debated and possibly even polarizing topics, and allowing ourselves to simply search for truth, all while knowing that two godly people can disagree and that's okay" -Michael Mcrea 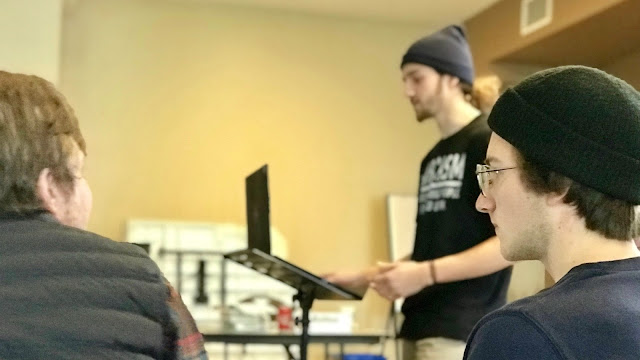 One of the highlights of the class was a debate all the students took part in. There were two different debate topics. The first was "Are Riches a Hindrance to True Spirituality?" and the second was "While Life in Heaven is eternal, is punishment in Hell?" 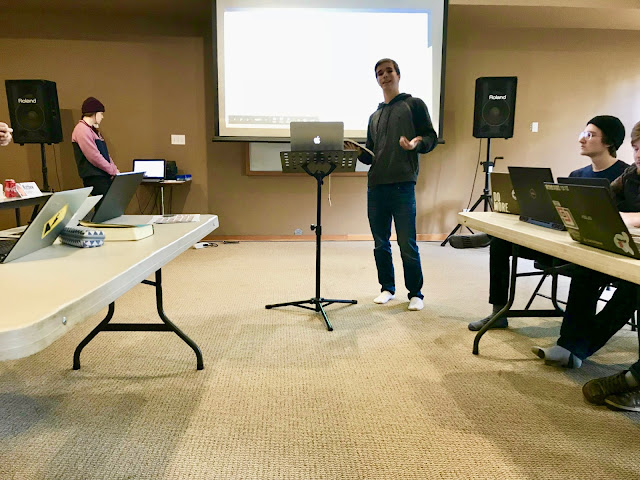 The students were randomly divided into groups to debate either for, or against each of the statements above. So, whether or not the students agreed, with what they were arguing for, they had look intently at the evidence for the side of the argument. It was really interesting to see the students argue for one side and then later talk to them about their actual opinion. Regardless the debates were very well done by both sides of each argument, which was pretty cool to see. 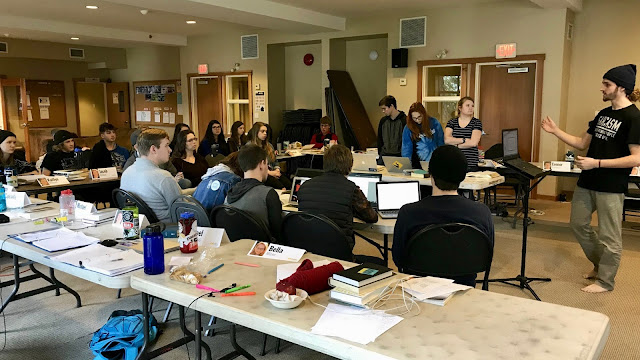 Up Next and How You Can Be Praying

Coming up next week we will be out at Mt. Washington enjoying a few days of Skiing and a day of Snowshoeing. While this time is very filled with adventure, it is also a great community time as we get to spend five days in a lodge on the mountain and there is plenty of community building time. So you can pray for safety as we travel and ski, and that God would use this time for this community to build into one another and grow in our love for Christ.
Posted by Unknown at 2:39 PM No comments: