Thanksgiving, surfing, and Camp and Youth Ministry, not a bad couple weeks! 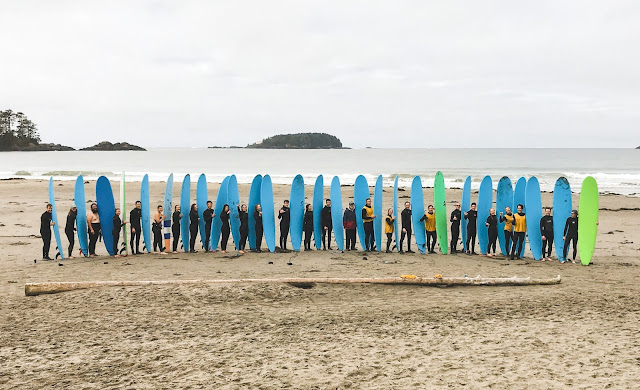 Thanksgiving
What a blessing it was to share Thanksgiving with a huge family like this! We gathered around the tables and ate an amazing turkey dinner with pie and shared the things we were thankful for. 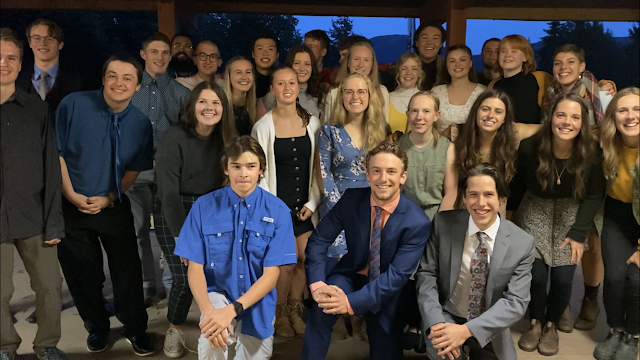 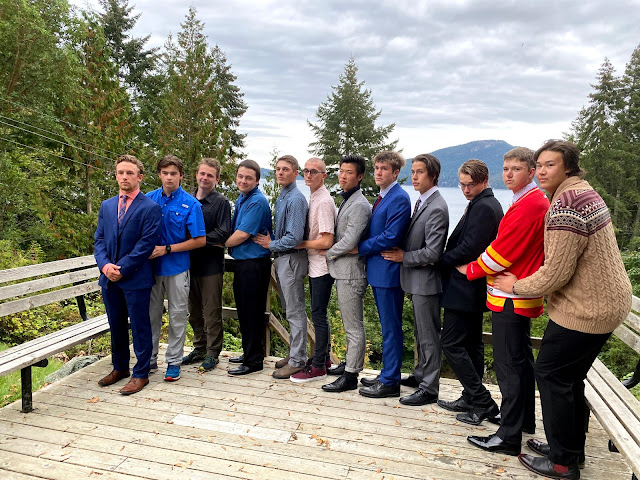 Tofino Bound
The next day we packed up and headed out to Tofino. We hit a few stops along the way including a Kennedy river. After this pit stop, we would usually see Cathedral grove, but due to COVID 19 it was shut down. This year we went on a little hike that was absolutely beautiful. One tree was so huge that we were able to fit 17 students INSIDE it. The sun was gleaming through the trees as we walked through the forest and Korey gave a small chapel. 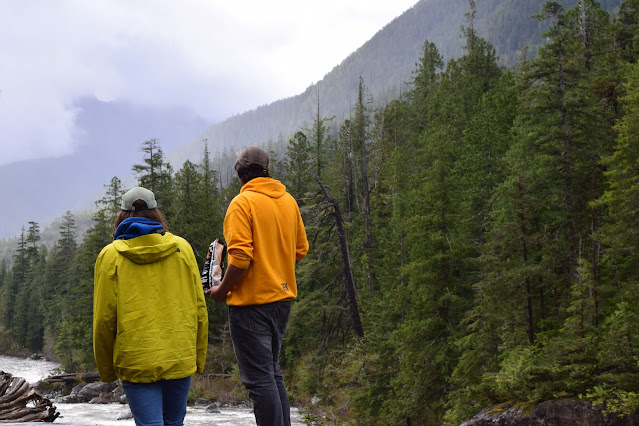 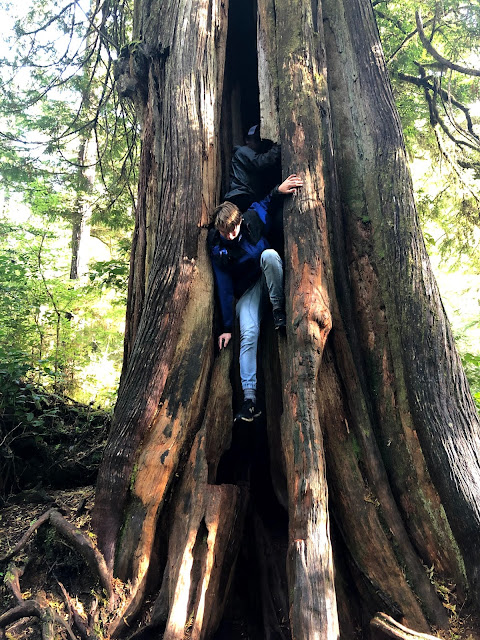 When we arrived in Tofino we got to explore around town before we headed to the church we were staying at for the next few days. We played some games together and hung out. Korey led a chapel on identity that night which was a real bonding experience for everyone as we got to understand that we all struggle through the same things.
Shredding the Gnar Begins
The next day we woke up and headed over to Chesterman beach to SHRED THE GNAR. Students eagerly hopped into the water and little did we know we had some natural surfers. It was a great experience as many were learning and encouraging each other whether they were learning how to kneel, stand, or just catch a wave. 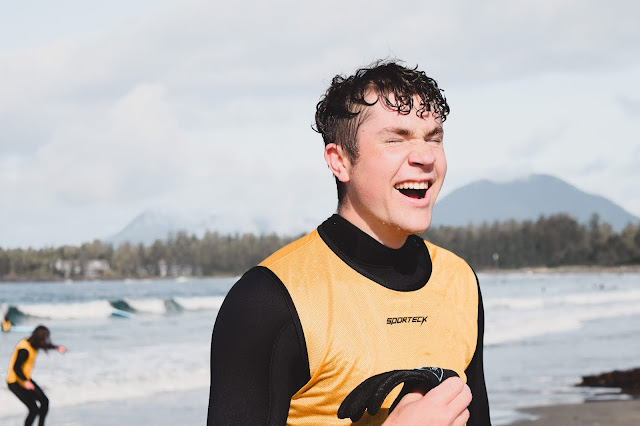 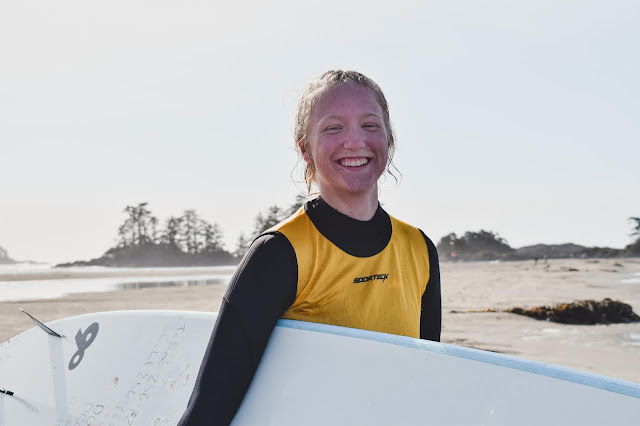 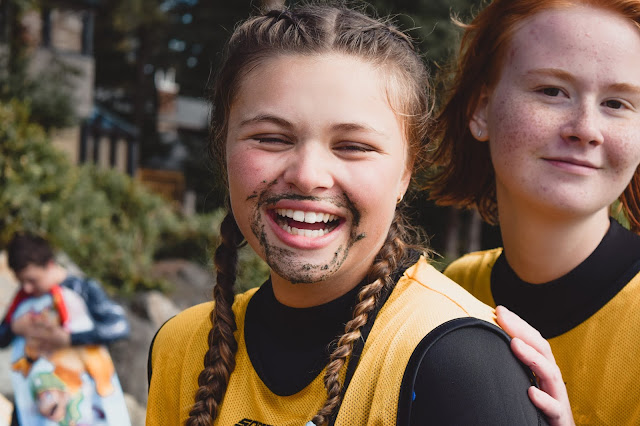 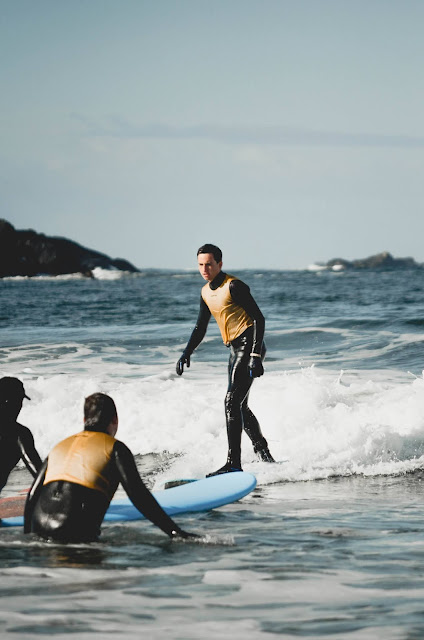 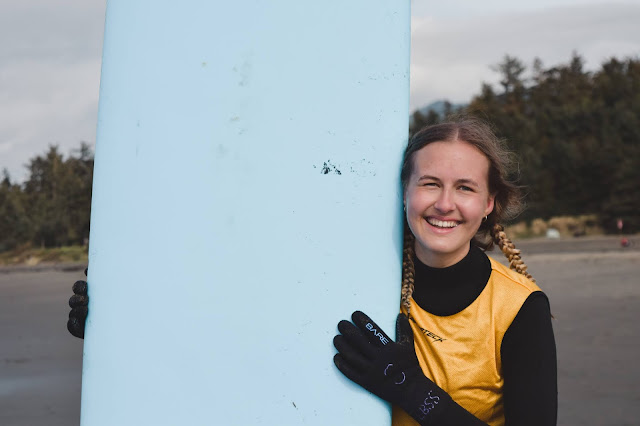 That night we piled into the church and it was only necessary to watch Surfs Up with everyone to get us pumped up for the next day. The next morning we squeezed into our cold wetsuits and went for another round. It was an absolute blast and the students killed it. After a solid but tiring session, we all went to the famous Tacofino and ate some lunch before we headed out. 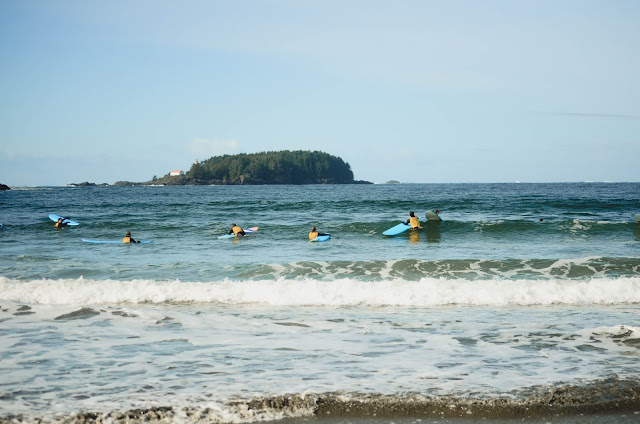 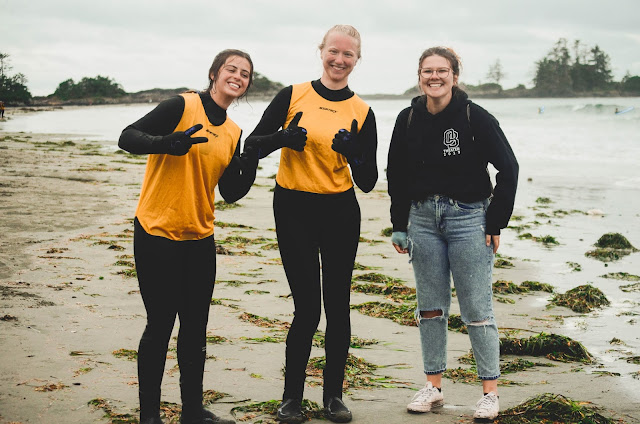 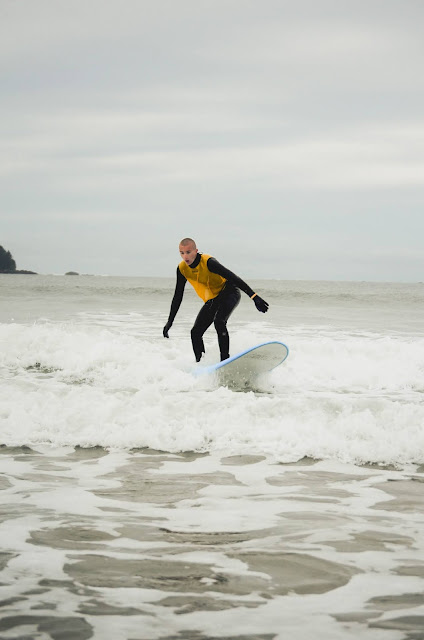 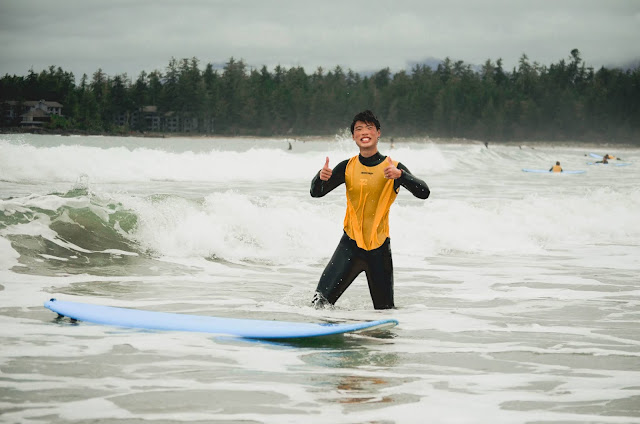 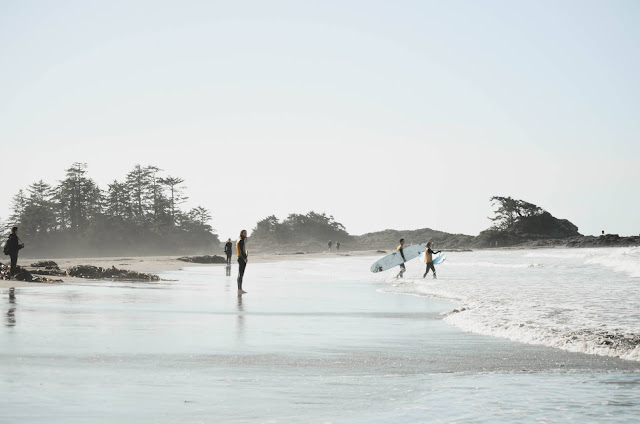 Just your casual washroom break on the way home... we don't have much explanation for these photos but thought you would enjoy. 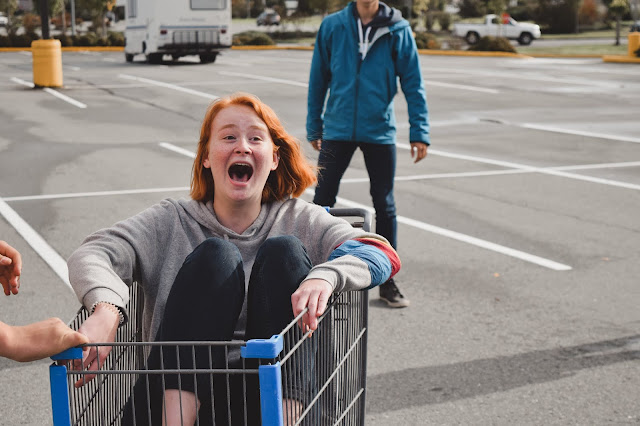 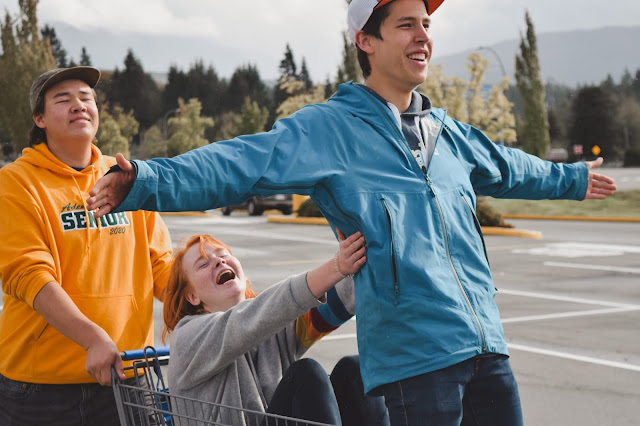 Back at it in Class
After a packed surf trip, students settled into the class week with Sid Koop. Sid came as our very first in-person professor this year to teach Camp and Youth Ministry. Students got to learn what it looks like to lead this generation coming up and what that means in their life.
Things to be Praying For
- Love Crofton is coming up soon and we would love prayer over the connections that will be had and the impact in our community.
- Time management with homework, service, and friends.
- Continued prayer for safety and protecting our health here at camp.
If you're interested in seeing more photos, videos, and updates, give us a follow @kaleoprogram on Instagram.

Posted by Female Intern at 3:03 PM No comments:

Intro to Spiritual Theology and Kayak Trip: Weeks 3 and 4 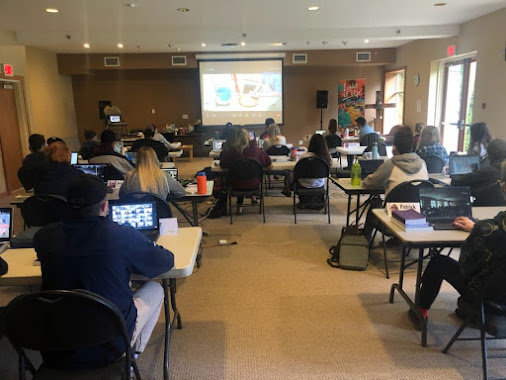 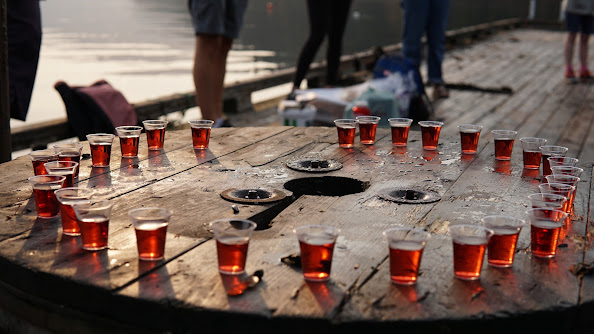 During the week, the students participated in a day of fasting, silence and solitude. They each stayed in their own cabin and were left to talk to God, rest, think, and worship. They could hike Maple Mountain or wander around camp. We broke the fast with communion on the dock.
Quote from during the silent retreat: "....................." - Gabby Gamba. 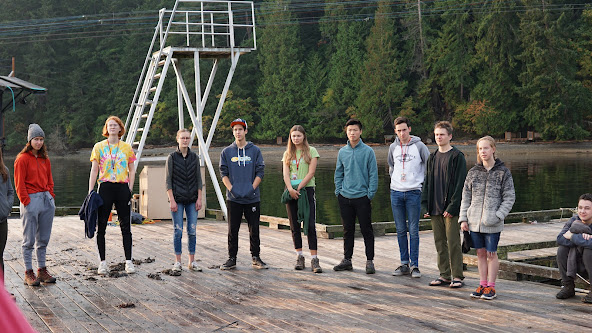 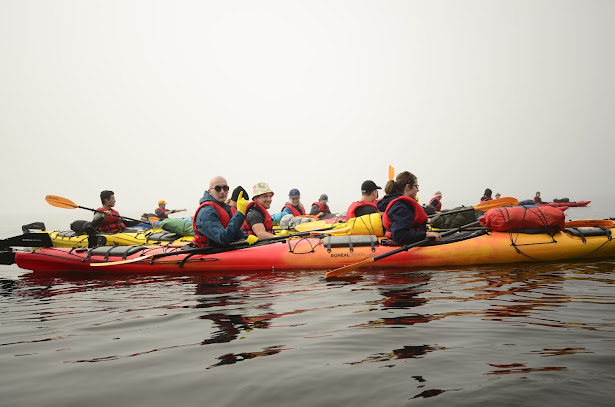 The first day of the trip, we packed up the kayaks with all of our gear and food and made off towards Salt Spring Island. Or so we thought... It was very foggy that first day and during a channel crossing we got all turned around and actually ended up back on Vancouver island on our first attempt at crossing. However, on attempt number two, we mega crushed it; a "textbook crossing" as they say in the Sea Kayak profession. We had lost about an hour due to our navigational error but soon we were at our lunch spot.
After lunch we paddled to Wallace Island and set up camp for the next few days. 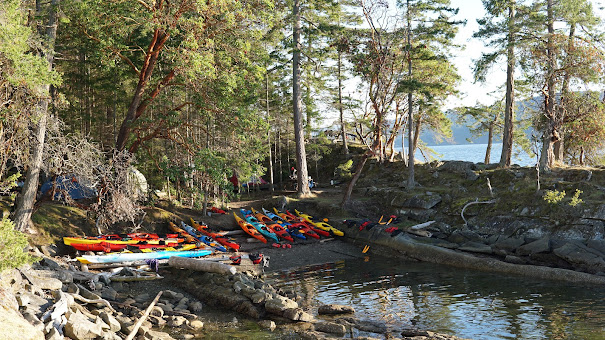 The second day of the trip was a big (or as I like to say, "Mega") paddle day. We got up early in the morning, rustled up some grub, and hit the water. We paddled from where we were staying on Wallace Island to the far end of Penelakut Island, where it nearly meets Thetis Island. In between the two islands is a thin slice of water called "The Cut", which is where we had our lunch. 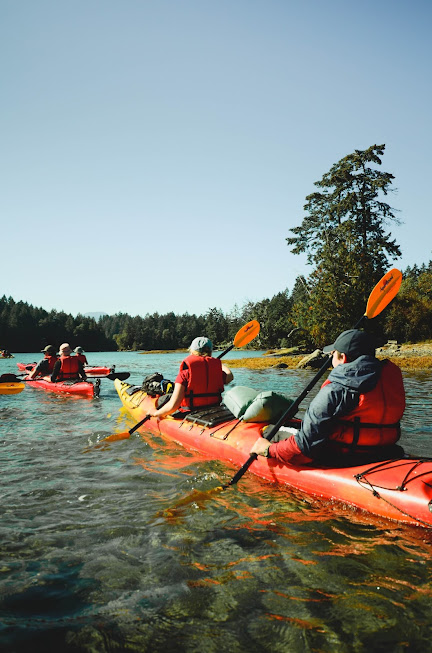 Back at Wallace Island, in the evening, we looked for a spot to jump into the water and were able to  find a suitable spot. With Jared our lifeguard along we got to absolutely send it for a little while. Additionally, in the evenings throughout the week the students each shared their testimony for the group.
"Getting to know each other through sharing testimonies was super cool" - Luke Johnson 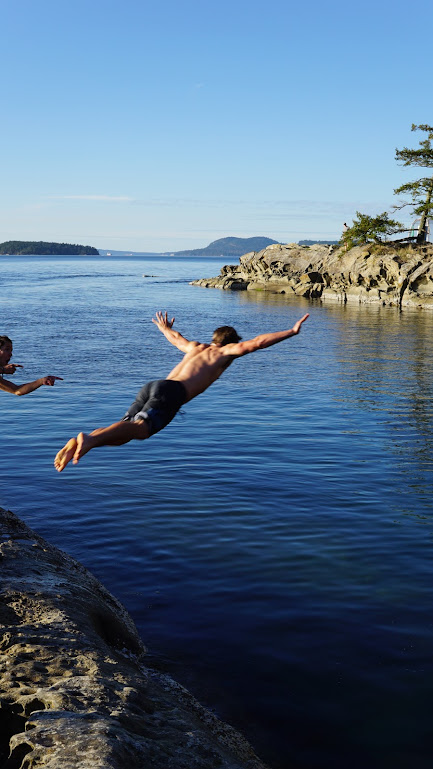 The third day was a big (mega) island day. We got to sleep-in a little longer and hang out for the morning. Some went about the business of snatching crabs from their watery home, whilst others took advantage of the rest time. After lunch we went to the opposite end of the island, looked for apples and explored an old cabin and house of a family who lived on the island in the mid 1900's. 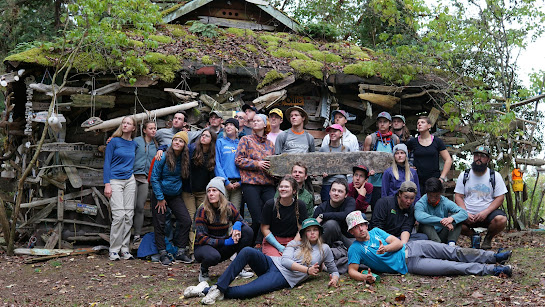 On the fourth day of the kayak expedition, it was another early morning and we set off for the big (mega) paddle home. By the end of the day everyone was tired and ready for a nice warm shower. But not before unpacking all of the gear and hauling the kayaks back up the hill from the beach.
"It was the first time I've ever gone a full 72 hours where my feet where wet the entire time." - Janae Duerksen. 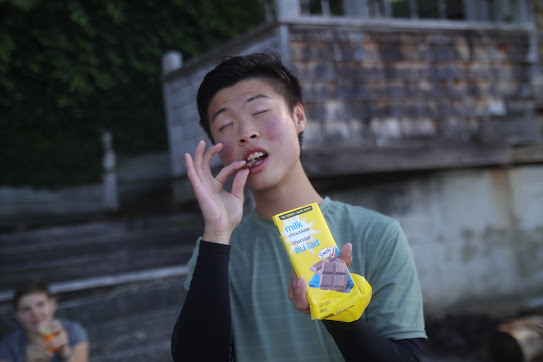 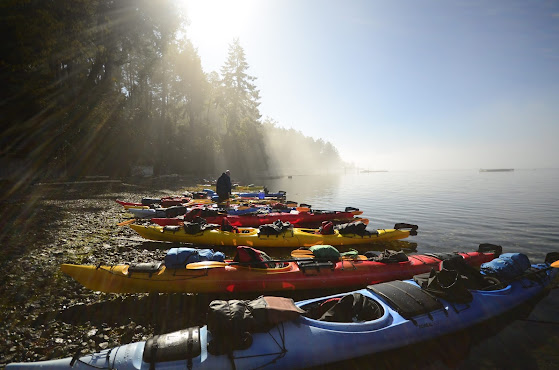 These initial weeks have been filled with fun and challenging shared experiences and the community of students has developed into a very positive and encouraging one.
How you can be praying:
- Camp and Youth Ministry class is coming up
- Thank the Lord for safe travels
- Love Crofton (an event the students organize, with the local church, to help people around the nearby town with odd jobs they need done)
Posted by Kaléo program male intern at 11:38 AM No comments: