This week the students had their final class of the semester - Foundation of Church Ministry. This class gave the students the ability to think through the practical things about the Church in a way that lead them to have a better understanding about why the church exists and what it is for. 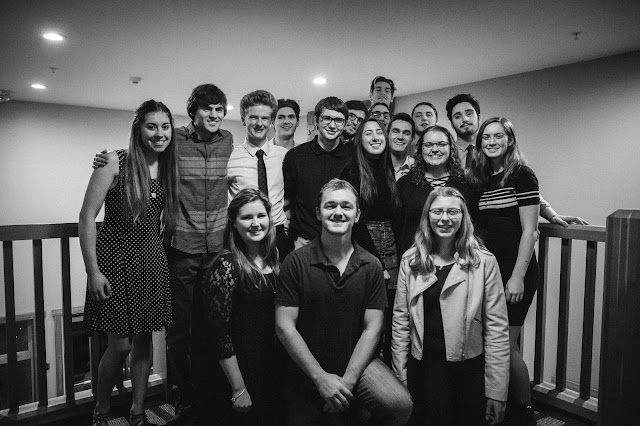 Between class time and small groups students had a lot of time to ask questions and discuss different elements of the church throughout the week. The students found this week really benefical as many of them contemplate whether Church Ministry is what they would like to pursue in their futures. 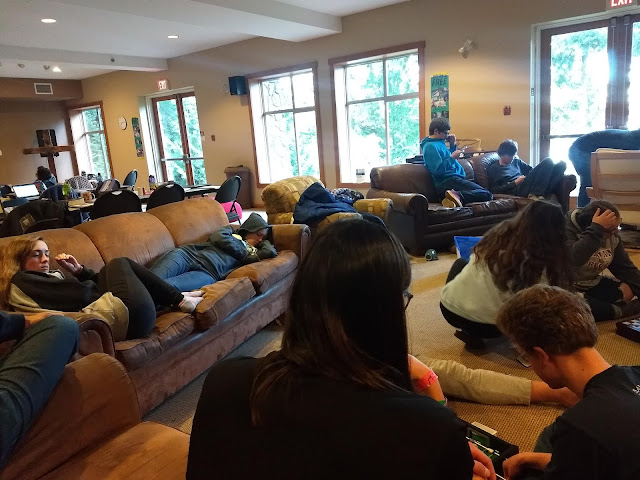 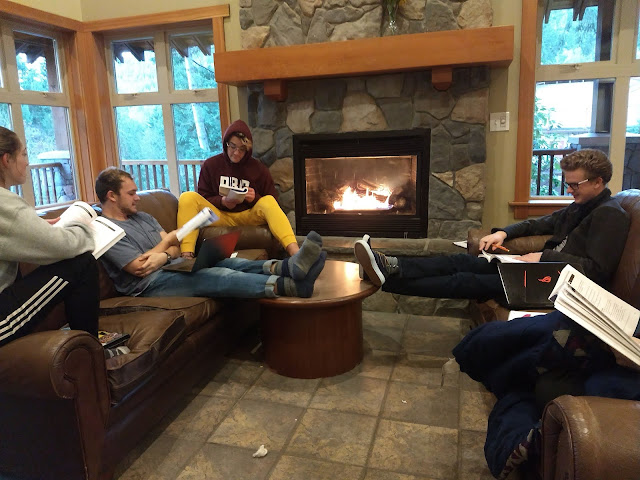 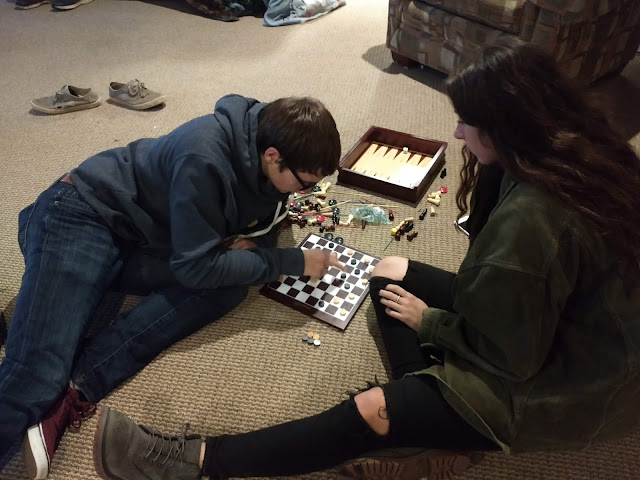 This week we continued to prepare for Christmas! We had a staff and student Christmas banquet (first photo) where the students enjoyed a Christmas meal with the staff and their families.

Next week the students are finishing up assignments, writing papers, preparing for a talent show, and we will be doing our very own mug exchange.

You can pray that the students would be diligent in getting their work done.

That they would be able to remember and be thankful for what the Lord has done in their lives throughout this semester.

That they would enjoy the last few days together before the break.
Posted by Female Intern at 10:21 PM No comments:

After a couple weeks of hard work, the students were all ready for a change of pace before the next class came around. So over the past week, they had a variety of Christmas festivities that they took part in. 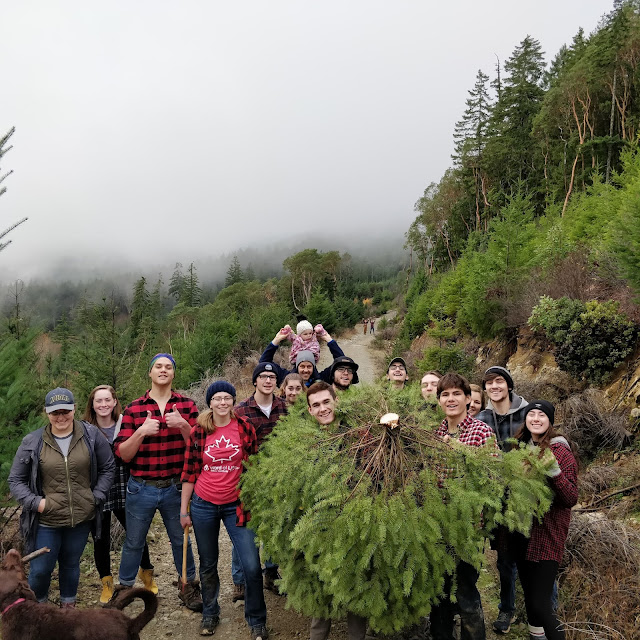 On Tuesday morning we loaded up the vans and took all the students to Victoria for the day.

Everyone broke off and went separate directions, some eager to get some Christmas shopping done, some headed to the climbing gym, some went to take photos, and others on the hunt for the best place to get a cup of coffee. It was an absolutely beautiful day to hang out downtown and get away from school work for a while.

On Thursday we had a big day, we started off by setting out on a quest to find a Christmas tree.
With a permit in hand, we found a logging road in the middle of nowhere. We parked and set off in search of the perfect tree. 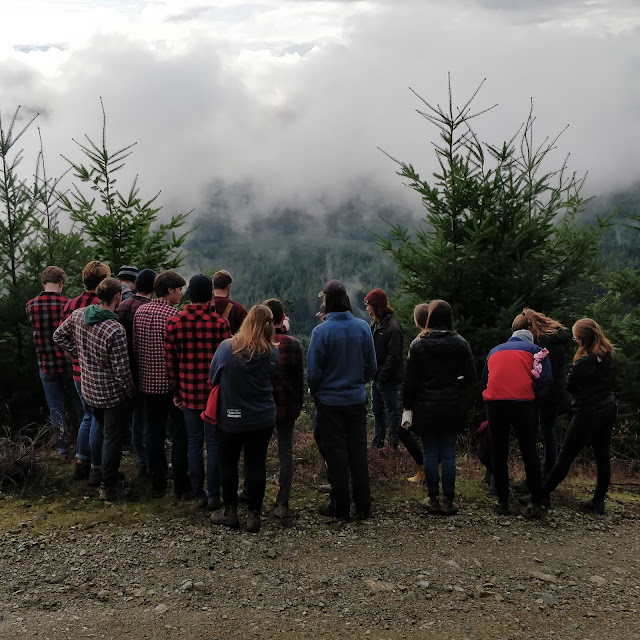 We searched high an low for the tree that we thought would work the best. We thought that the best way to search was to break off into several groups and decide on one tree as a group, then present what was best about their tree to the rest of the group.

After looking over the selected trees we found one that especially stood out. 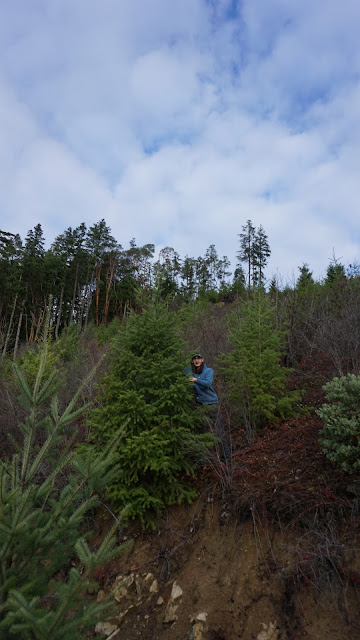 So we cut down the tree, took some pictures and made our way back camp to set it up and decorate it. 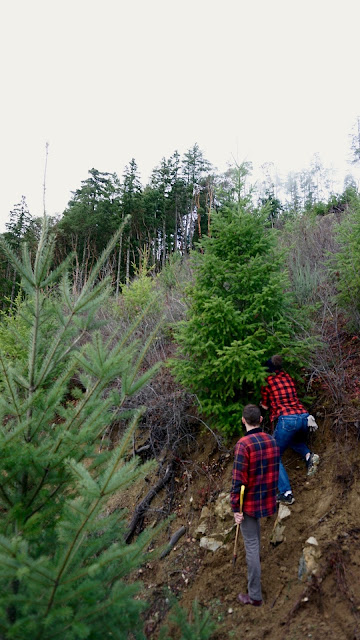 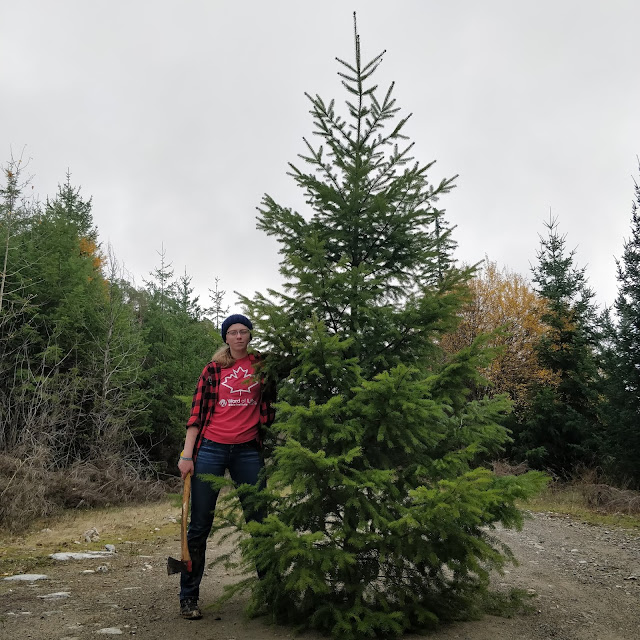 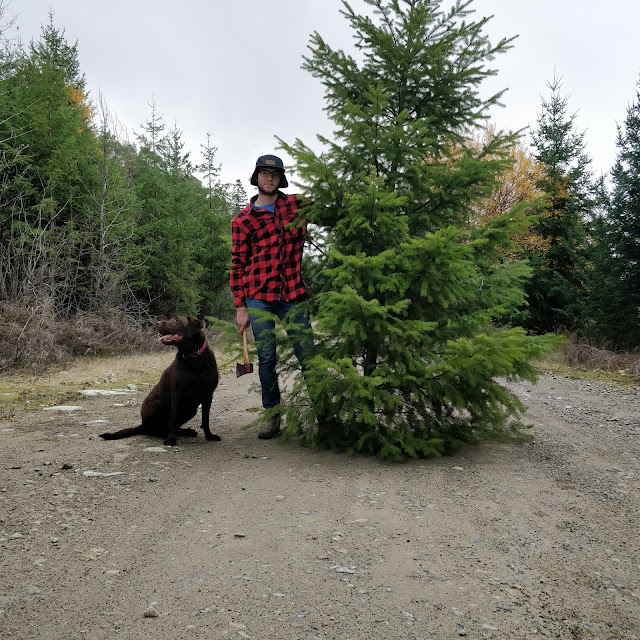 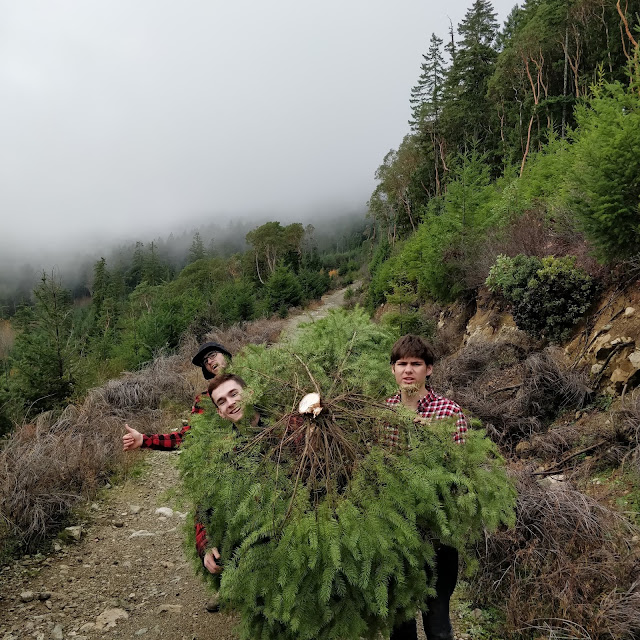 When we thought we could not fit get any more Christmas into the day we all loaded on a bus and went down the road to Ladysmith. For a Christmas parade called Ladysmith Lightup, an iconic Vancouver Island event. We enjoyed the lights of the floats moving past us and the parade with a spectacular firework show to finish. 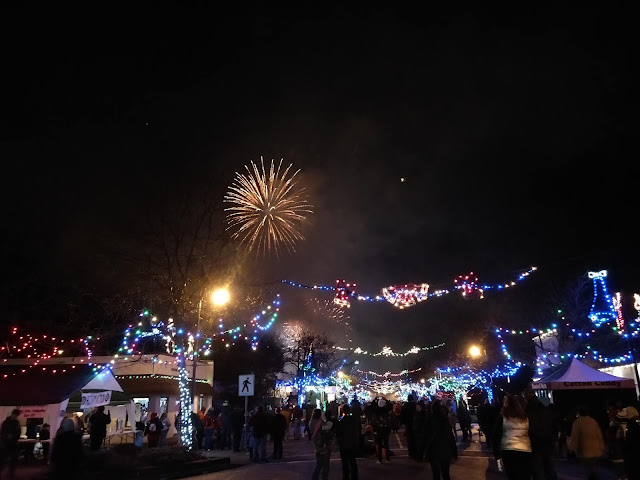 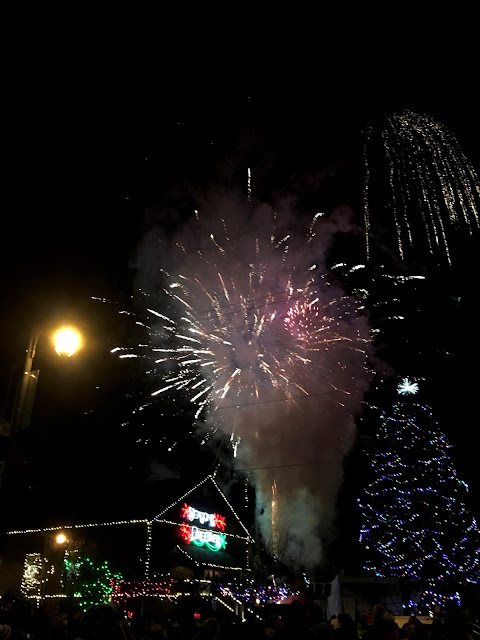 The week turned out to be very refreshing for the students. It gave them an opportunity to get ahead on some homework, and also get out and have some fun before the next class and final push before the Christmas break.

That the students will stay diligent with their work with Christmas break around the corner.

That the students would continue to apply what they are learning to their personal spiritual lives.

As the students return home, that they would be able to recognize the ways in which they have grown personally and that this would drive them to push hard into the second semester.

That the students would continue to grow closer in community and building each other up.


Posted by Kaléo program male intern at 1:25 PM No comments: 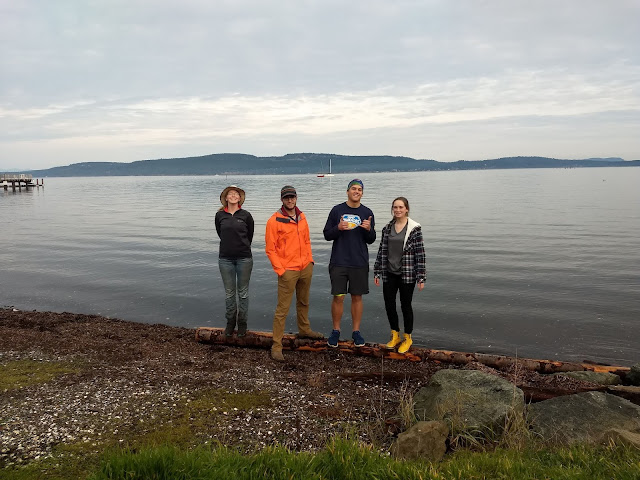 There was a group of four students who were placed in leadership over the project and they had organized a day to make, cut out, and deliver flyers throughout the town. Warmland Community Church is partnered with Love Crofton and has a contact person who the residents would call in their jobs. The student team would then follow up to organize the three-day event. 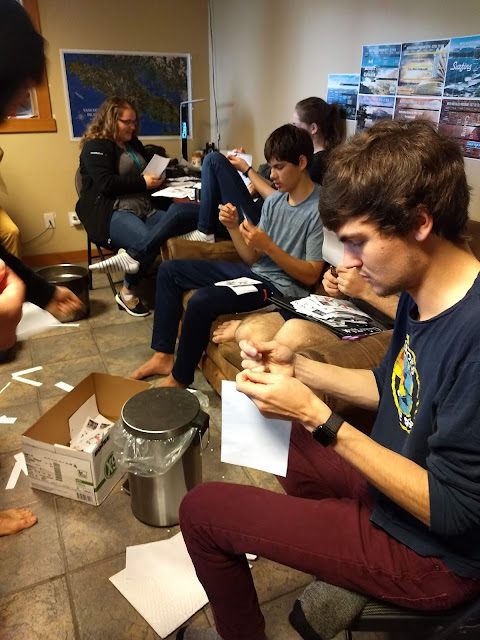 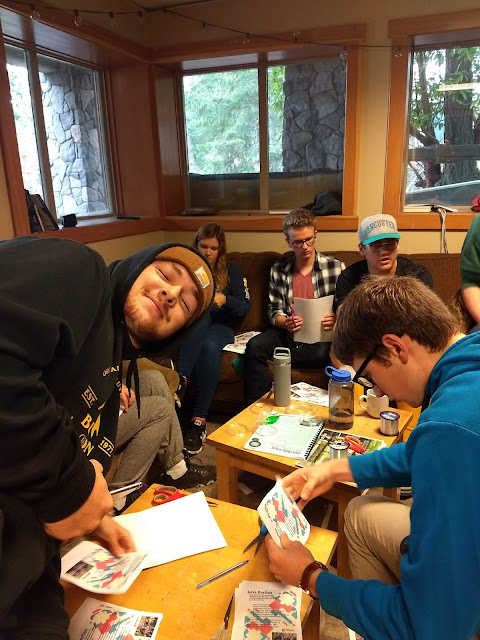 The week was a great success and the students thoroughly enjoyed serving and learned lots about themselves and the people of Crofton. They helped lots of elderly men and women who were no longer able to do some of the work by themselves. Some of the students had a hard time having a positive mentality during the first day, but as the day went on everyone would say that they were able to really enjoy helping the people out. 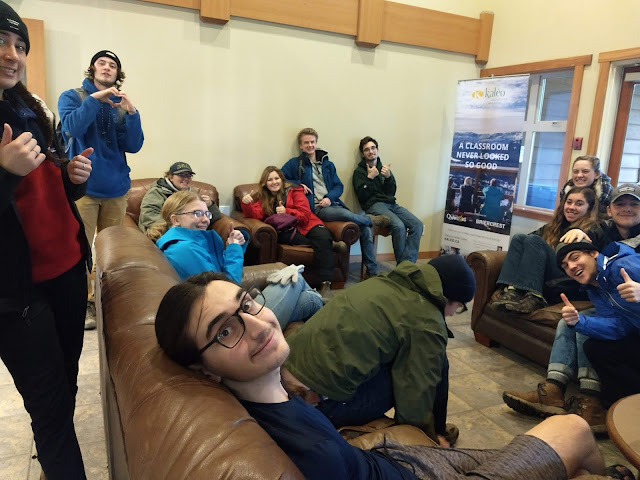 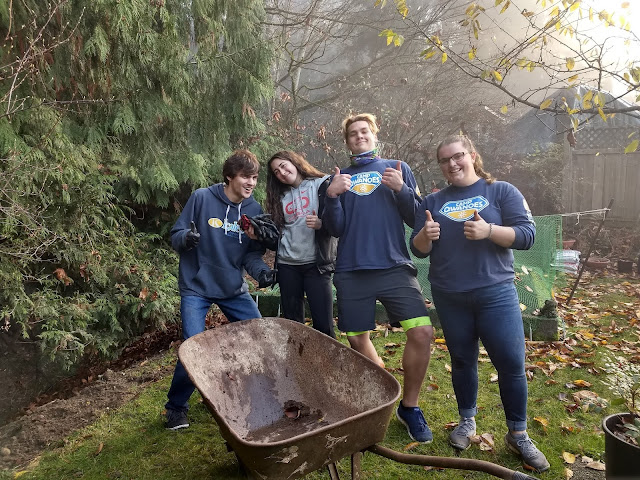 Throughout the week the students did a variety of different jobs: raking leaves, cleaning gutters, landscaping, pressure washing, cleaning out a garage, taking stuff to the dump, gardening, and anything else people could think of to ask for help in.

The people felt very blessed and really enjoyed getting to know the students. They would almost always ask the students to come in for tea and coffee to have a chance to know them. The students heard so many interesting stories from many different backgrounds. One of the women invited them for lunch. She had somewhat recently lost her husband and said that just them going over for lunch gave her so much life, they were thankful to get to spend time with her.

A man they had helped had trails in his back yard and they were all named, they learned that one was named after his granddaughter who had passed away and he opened up and talked to them about some of the things that meant the most to him. 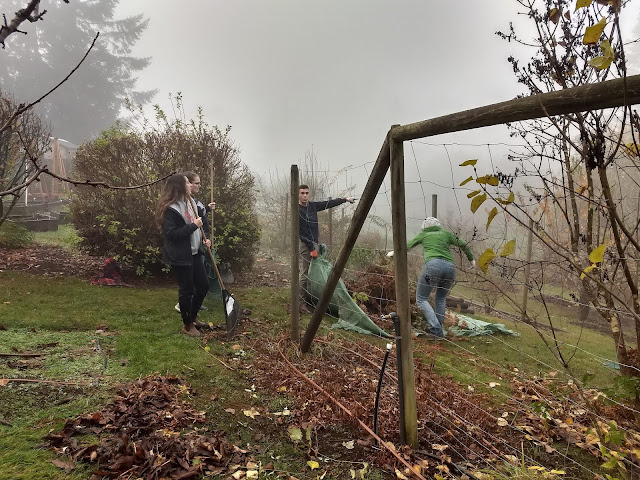 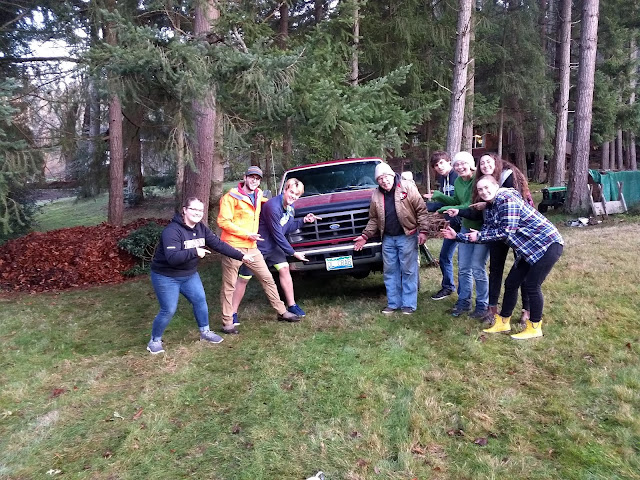 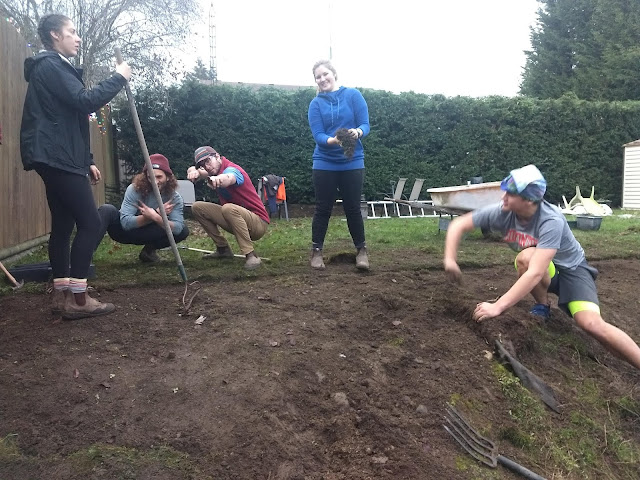 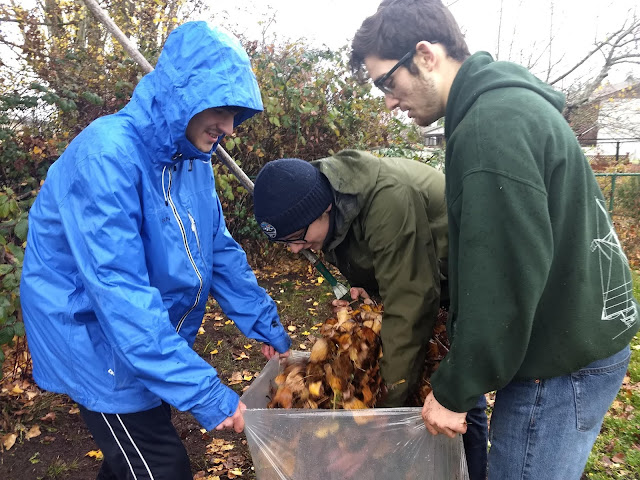 As the week ended we started to  hear some really encourgaging feedback from Crofton. It was encouraging to have a very practical way to serve people like Jesus.

These are some of the notes we have received:

"Im just dropping a note to you to say how very pleased I was with the crew that came to spruce up my yard! Sam, Jacob, Anna, and Ashley were the frist to arrive and did an amzing job, never letting up! A few others, including Devon came by and finished off a few things as well. I have them a big thank you and explained how grateful I am for all they got accomplished and wanted to follow up with a written word. I learned long ago that if something is important, write it down; saying thank you is important!"

"A huge thanks to the three young people from Camp Qwanoes that came and raked my leaves today! Still smiling in the rain.. bless you."

"I just had five delightful young men from Camp Qwanoes raking my leaves. Thank you so much! You brightened up my day" 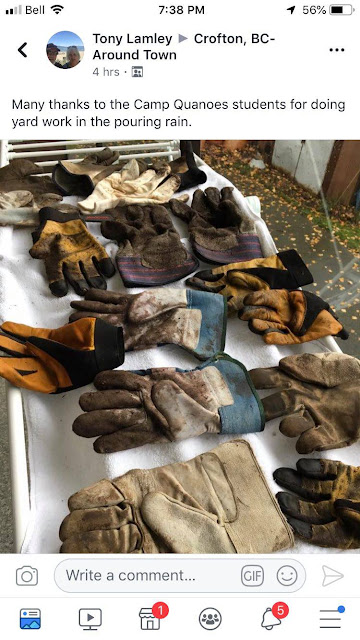 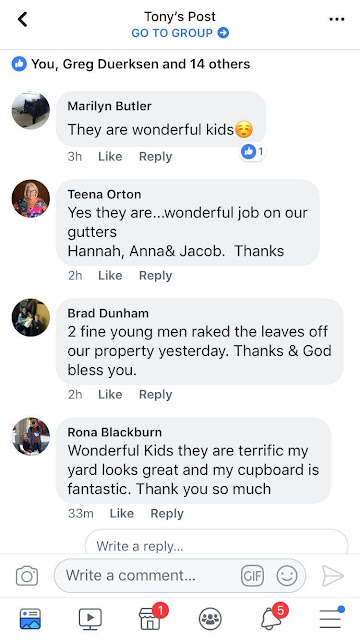 The students have papers due, books to read, and work to start getting ready for their next class. This week is also Christmas preperation. We will be getting a christmas tree, doing some festive events, going to a Christmas light up in lady smith.

You can be praying that the students will continue to be diligent getting their work done as it is easy to become narrow minded and find it hard to focus as the Christmas break is very close.

Posted by Female Intern at 10:55 AM No comments: