After staying at camp for the first few weeks after Christmas break, it was about time for an out trip. This past week, we journeyed up to Strathcona Provincial Park again... but this time we weren't hiking, we were skiing and snowshoeing! 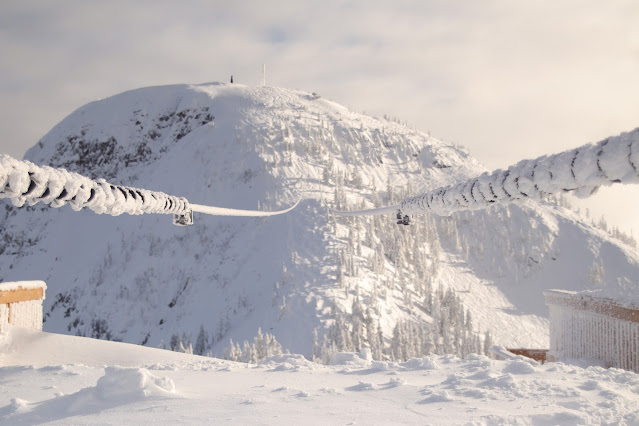 Imagine walking through the fluffiest powder through a beautiful forest and then building the biggest snow forts with a bunch of your closest friends. Well, that was just the start of our trip. 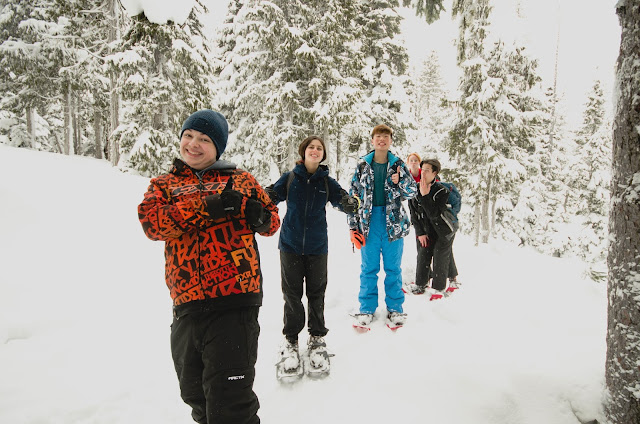 The same area that we hiked up to the base of Mt. Albert Edward earlier in the first semester was actually the same area that we got to snowshoe this past week, except it looked way different under feet and feet of snow. When we reached our destination, we began building quinzees. If you have never heard of a quinzee, it is a shelter made out of snow. The process involves piling the snow up, stomping it down, digging out a hole, and a little bit of extra creativity. Of course, we turned it a competition and the results were crazy unique looking shelters with funny stories or presentations. 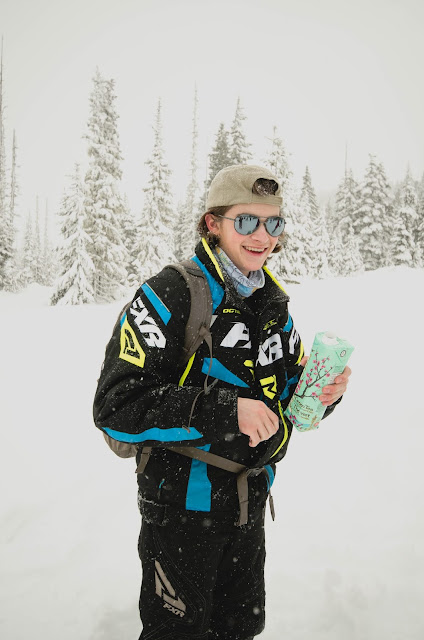 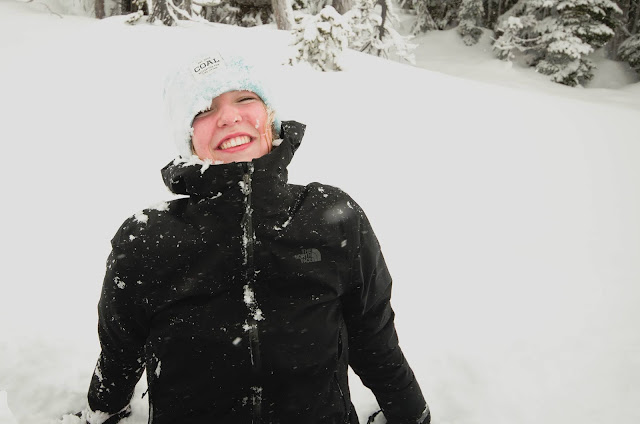 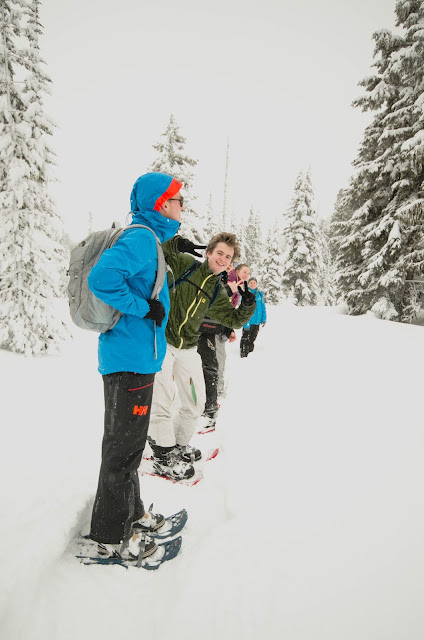 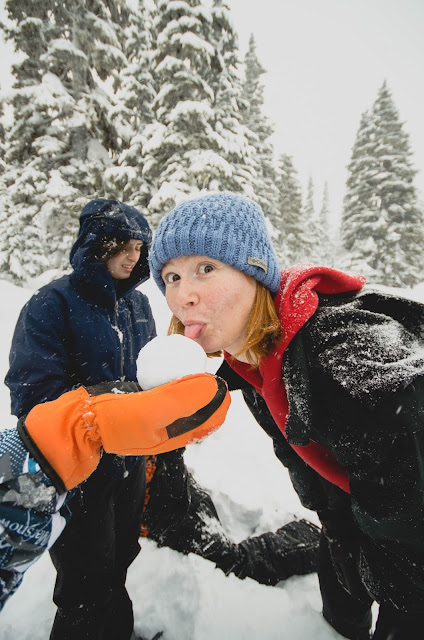 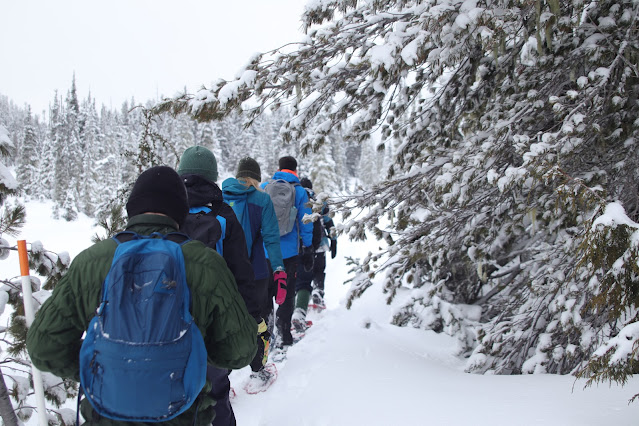 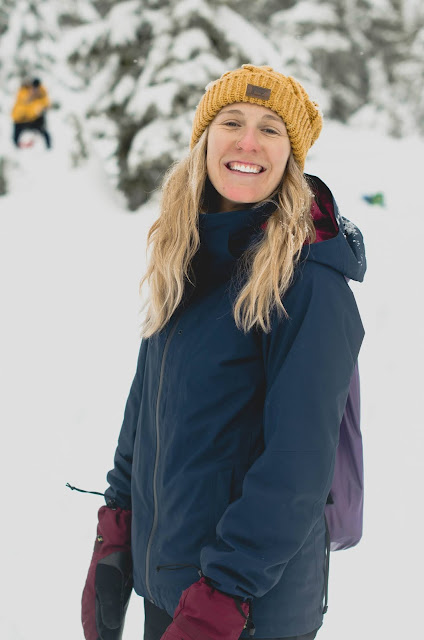 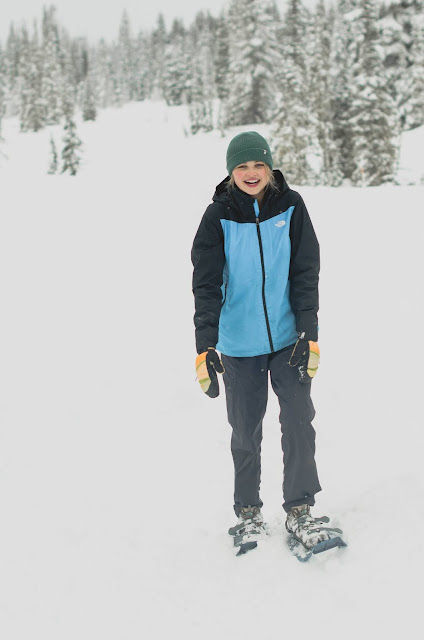 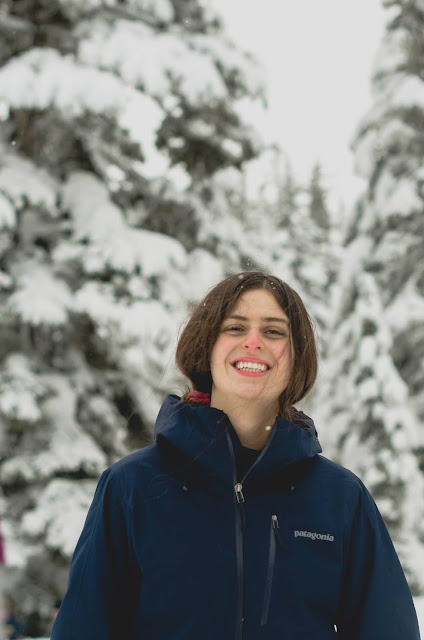 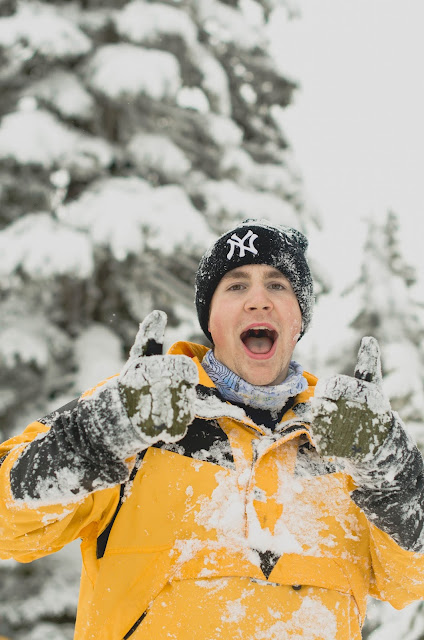 Then we headed back after a quick backwards race in our snowshoes (just as hilarious as you can imagine). Soon, we arrived at our lodge and unloaded. This night was the first of four nights of encouragement. Each night around 7-8 students or staff would be thoughtfully encouraged by the group. This was one of the most powerful events of the trip if you asked many of the students. In fact, it was hard to limit the amount of encouragement. Even after the timer was up, there were many many hands still up that could have kept going with the encouragement. Later in the evenings, it was not uncommon to see students and staff encouraging each other late into the night so no one was missed.

The moment we were all anticipating; we woke up early for some breakfast and a devotional led by a student and then hopped in the vans to head up to the rentals. Everybody strapped on their skis and snowboards and next thing we knew everybody was out ripping on the slopes or the bunny hill. 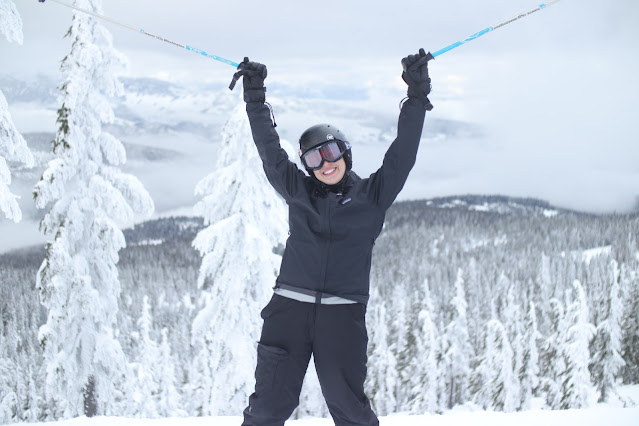 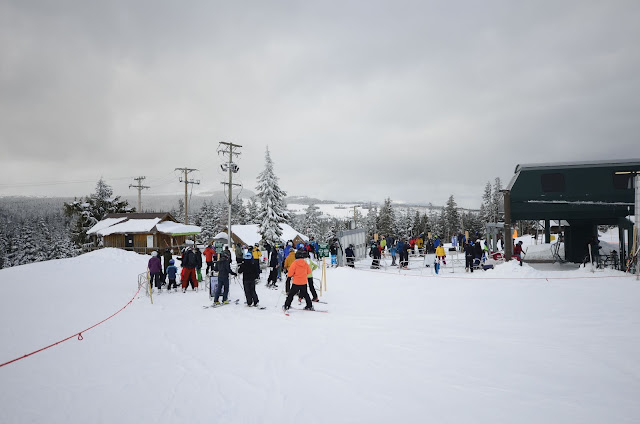 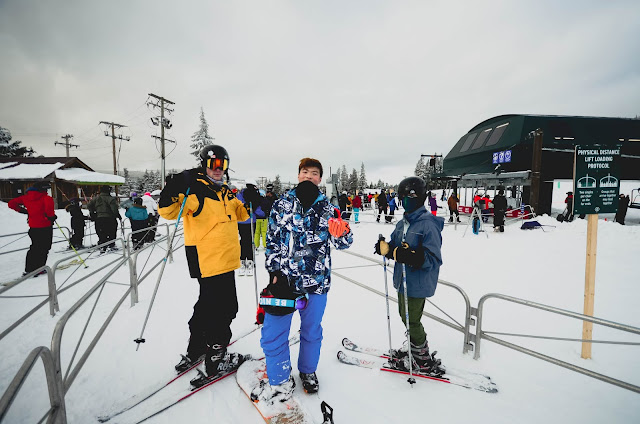 Everybody had a blast and there was tons of fresh snow that fell the night before and while we were skiing. By the end of the day, it was so windy and cloudy that you could barely see 10 feet in front of you while skiing. THANKFULLY we had no injuries but big smiles on everybody faces as they entered back into the chalet.

This was a day where we had absolutely no plans, and it turned out great. Many of the students got to sleep in. The day involved lots of board games, hot tubing, and building a jump and skiing off it behind the chalet. This was a blast because nearly every student was out there hitting the jump. This was a first for many. Not only were people hitting the jump, but trying spins and grabs. We even had some toddlers tag along on their skis and toboggans. You have probably never seen a more pumped up group of young adults cheering for a 5-year-old skier hitting a jump (they were probably better than half of us). We also had some homemade sushi for lunch. This is something we have been doing for the last few years and it is a big hit! 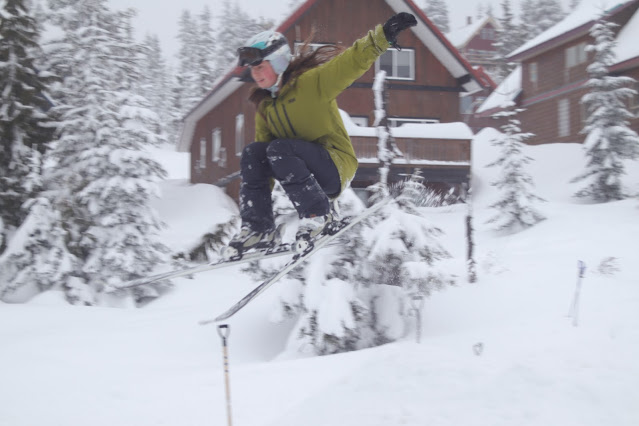 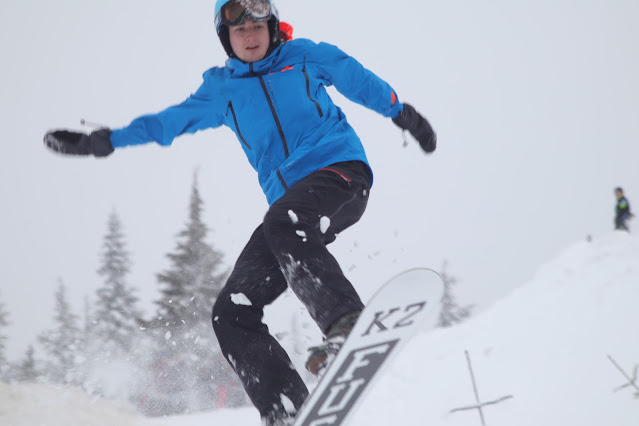 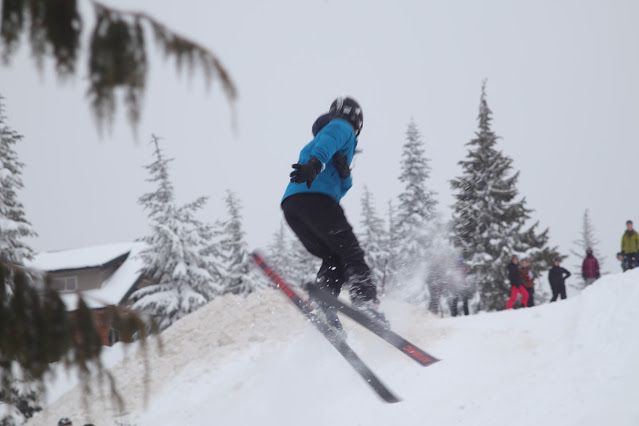 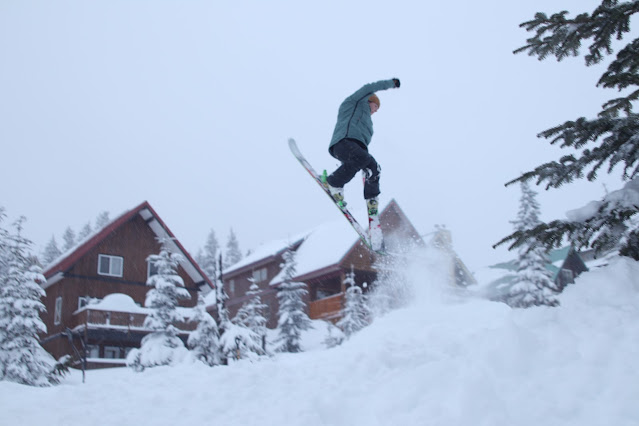 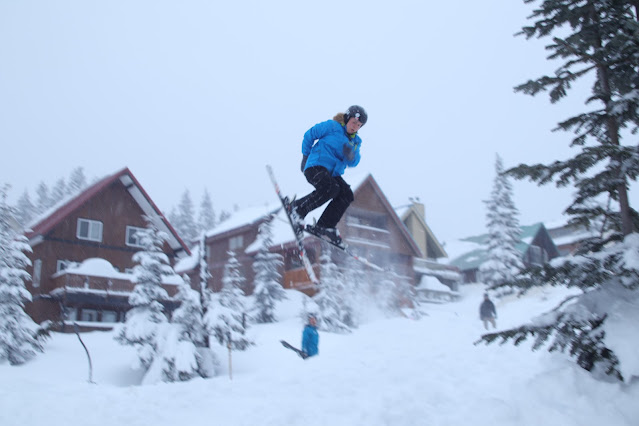 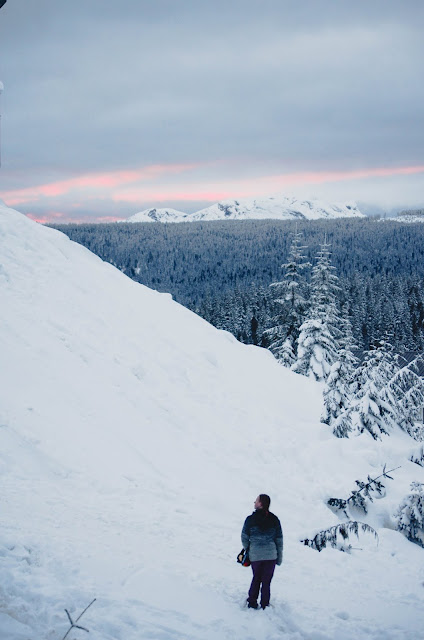 This day was a beautiful bluebird day. This was the last ski day for Kaleo. The sun came out and there was an incredible ocean view from atop the mountain. Everybody who was just learning at the beginning of the week was really starting to get a hang of either skiing or snowboarding. They were skiing and snowboarding in and out of trees, hitting the terrain park, or natural features on the mountain. 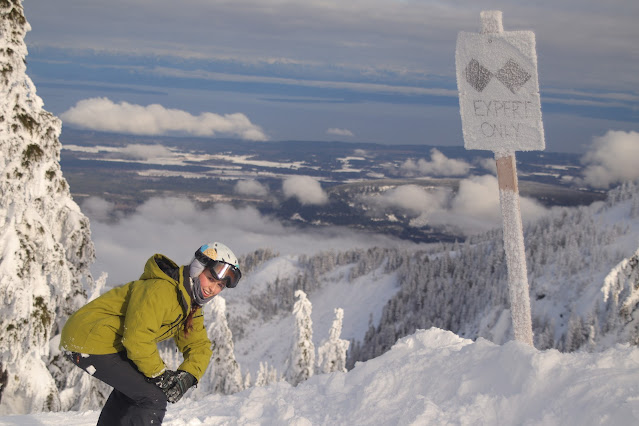 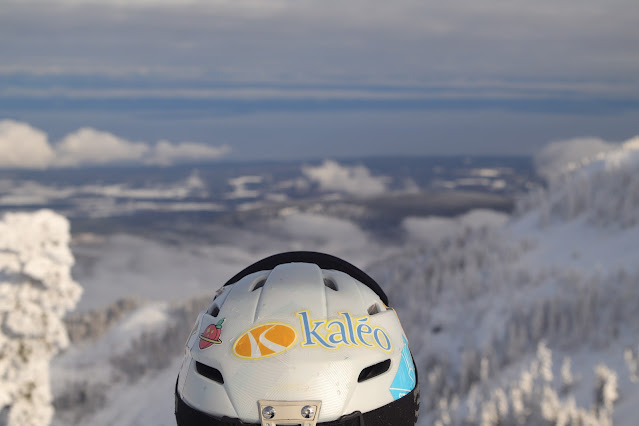 After a good long day of skiing, everybody piled back into the chalet for a delicious steak dinner. (a special mention to our student Charlotte who had a steak for the first time in over 10 years). This was also the last encouragement night. When we finished we prayed over everybody and even prayed over some of the people we had met on the hill throughout the week.

We began the day with a late breakfast and a devotional and began to pack up all of our belongings. Everybody wanted to stay so much longer, but it was our time to head back to camp. This trip made so many life long memories. What you didn't see are all the laughs and stories that were told in between these pictures. This is a special group with such a tight bond and we were STOKED on this trip.

- Students to be listening to the spirit's direction as they are taking Foundations of Church Ministry class.