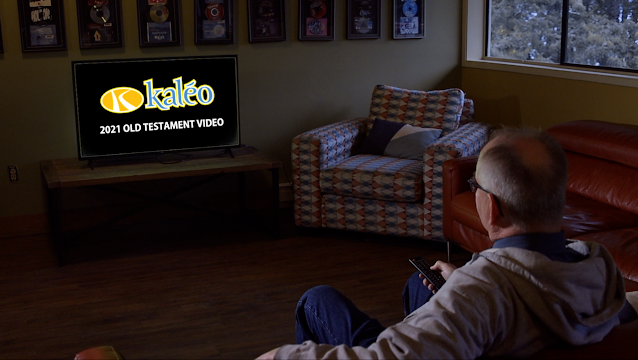 We had Don Taylor fly out from Briercrest to teach our students about the Old Testament last week. Don has been a long time professor with Kaleo. In fact, he has taught classes every year since Kaleo began. Not only did the students complete their Old Testament class, but they produced a 10/10 Old Testament film. It even had Jesse (our assistant Kaleo program leader) crying laughing. 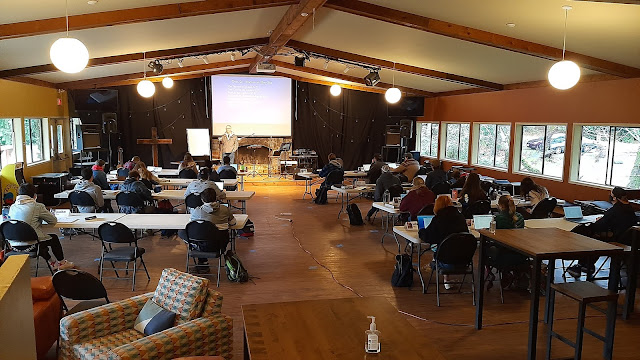 This class was very eye-opening for many of the students. When reflecting on the Old Testament class, Ari, one of our students said, "It was so different back then, and learning about how the society worked in those days really gave clarity on what the Bible was talking about, and it just reaffirmed to me that God doesn’t change."

Emma, another student, stated "One of my favourite things from the Old Testament class was developing a deeper understanding of how the Old and New Testament work together as one continuous story."

Don Taylor also led the class through the Myers Briggs test. This is a test that reveals your personality type. After each student found out their results, they all lined up and stood in a spot that reflected their percentage of where they fell in each category. The categories are extroverted - introverted, intuitive - observant, thinking - feeling, judging - prospecting, assertive - turbulent. 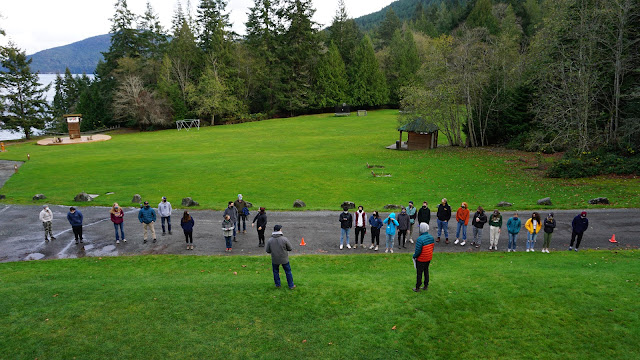 We got to see the vast differences between students, and this also allowed them to better understand one another. Many felt they understood themselves much more as well.

As the class continued, students were just putting together the finishing touches on the Old Testament film. Before we knew it, Don had completed his last lesson and the film was complete. A few of the students organized a film premier topped with snacks, awards, and fun games. Everyone dressed up in their best clothes and we sat down to watch the film.

Don Taylor actually appeared in the film as someone flipping through T.V. shows and commercials. Each T.V. show was a scene made by the students in very creative ways. The beginning of their scenes started off with an INCREDIBLE musical. They also included soap operas, anime, weather forecasting, sports broadcasting, hallmark spin-offs, and many, many more creative scenes. I could go on, but you'll have to see it for yourself. 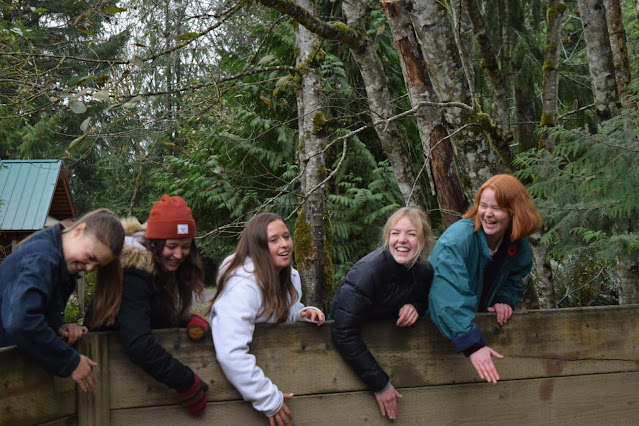 The hype crew for the David and Goliath battle. 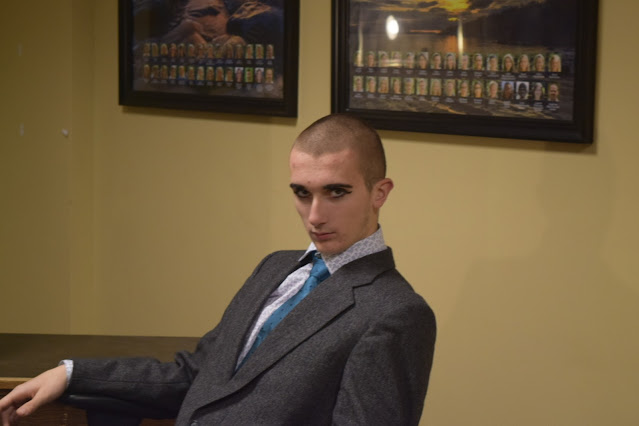 Pharaoh all dressed up for an interview 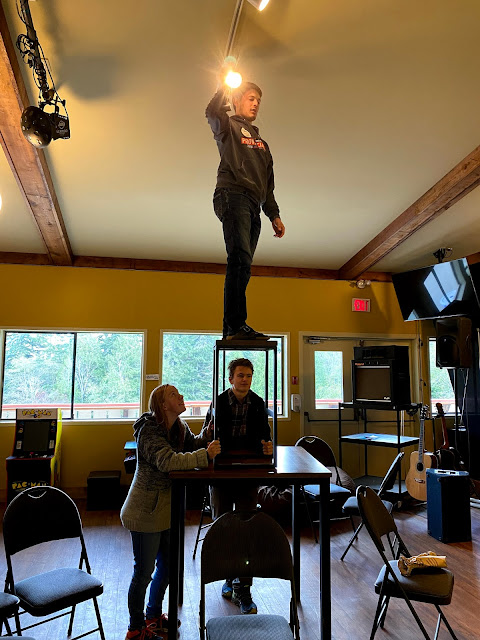 Gotta get that lighting This was "Olive" the sacrificial sheep 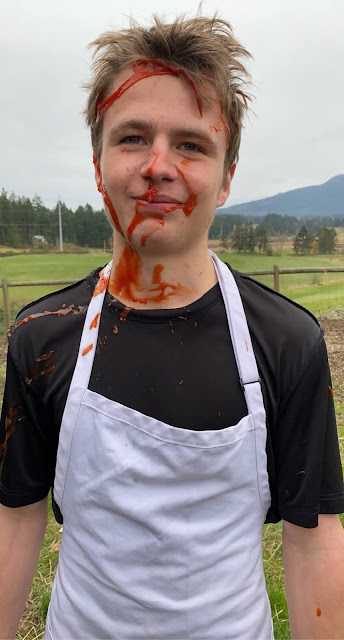 *No animals were harmed in the making of this film* 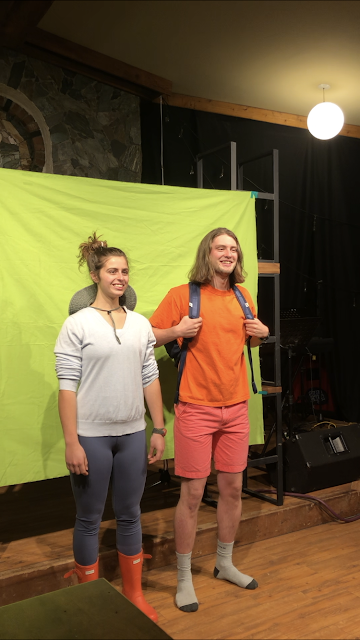 Dora and Boots as Moses and Aaron. 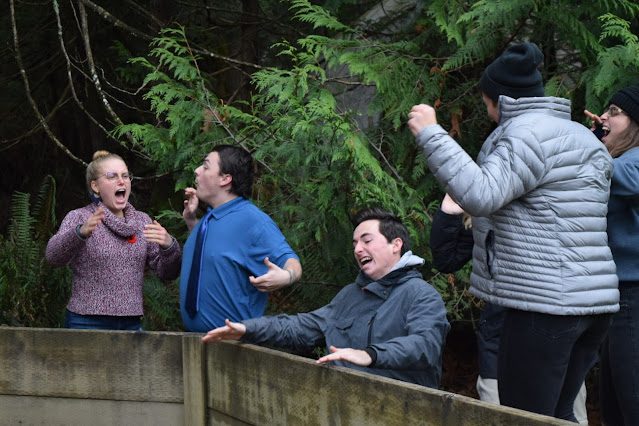 More of the hype behind the David and Goliath scene
As creative and funny as this was, it was also so amazing that the students were able to actually capture the heart of the biblical stories within a lot of these scenes. We have said numerous times, but we are so proud of how the students led each other through this project. This can turn into an intense project but, the students listened to each other, took initiative, and came out of this united rather than divided. They represented what a church body looks like. A special shout out goes to the directors of the film; Kaylee, Olivia, David, and Nolan. They set the culture of the work environment and made it such a fun and learning experience for everybody else.
Here is the link to the Old Testament film: The Adventures of the Old Testament- Kaleo 2021
Prayer Requests:
- For Camp and Kaleo to make wise decisions as to how to keep this community safe regarding all the new COVID updates. As well for the health and safety of both our staff and students
- Thank God for the way he brought together the students during the Old Testament filming
- For students to have discernment over God's voice in their lives as well as obedience in this
Posted by Female Intern at 5:21 PM